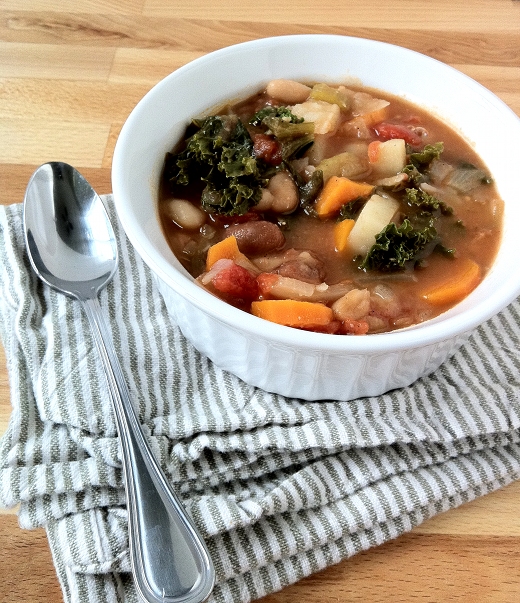 My Nonna is a fabulous cook. No doubt about it. Anyone who has been lucky enough to try it would agree with me. As a kid, my brother and I attended Catholic School once a week, usually a Wednesday night. On those days my Nonna would pick us up from regular school, bring us to her house, make dinner and then drive us to the Church in Ladner. Eating at Nonna’s was always a treat. She can cook pretty much anything. Every Christmas Eve we have our Seafood feast, no meat, and I can remember her making Calamari from scratch, with the sink filled with tiny octopus. She is definitely not afraid of cooking, or eating, anythign. A typical European diet, we like food. Period.

We would usually also go to her house on Friday’s for a family dinner with my dad, mom and brother. My Nonna would make dinner, while my Nonno made comments and critques from the couch in Italian. The man never spoke a word of English in my entire 13 years of knowing him. He passed away when I was younger. One thing she made well, besides the amazing homemade pastas, sauces, polenta and other various Italian dishes, was soup. She still cooks, but I get to eat it on a less often basis. This soup reminds me of my childhood. The presense, taste, texture, smell of Romano Beans brings me back to my 12 year old self, sitting in my Nonna’s kitchen with my brother and Nonno devouring a large bowl of soup, my favourite is Pasta E Fagioli, or, pasta with beans. Usually a tomato-ey soup base, a hint of ground beef, romano beans and ditalini pasta, like penne cut up into tiny pieces, but smooth. With a glass of milk of course (Before I realized I had an allergy..) And usually topped it off with a heaping spoonful of freshly grated parmesan cheese. This soup closely resembles my Nonna’s, though nothing will ever replace her cooking. I should really video-tape her one of these days so I can save her recipes for later, though I don’t think she follows a recipe. All by memory, and years of practice.

Soup is a great fall meal, it’s easy and quick to throw together, doesn’t require too much looking after, and can feed a lot of people. Or, in our case, two. We literally ate almost the entire pot in one night. I had three bowls.. It’s all veggies though so it’s ok, right?? Thought so. 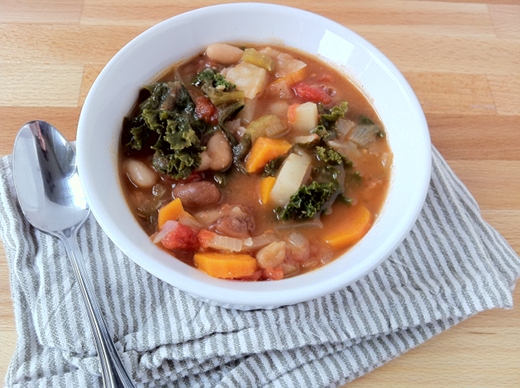 Notes: According to Lidia Bastianich, the queen of Italian cuisine, cavolo nero is the traditional green used in Tuscan Ribollita, a hearty vegetable soup thickened with day old bread. Ribollita is Italian for “reboiled.” Ribollita was originally peasant food, invented to stretch leftover minestrone. The soup was so delicious and satisfying, Ribollita eventually morphed into a dish in its own right. Ribollita is a true pantry supper. It begins with soffrito, the Italian base of sautéed onions, celery, carrot, and garlic. Canned tomatoes provide depth of flavor while cannellini beans are a cheap but tasty source of protein. The blistered leaves of cavolo nero contribute texture and a nutty, slightly bitter flavor. Chunks of stale bread added at the end of cooking absorb broth, thickening the soup. This is not a long-cooking soup, but adding ingredients in stages helps to develop flavor.

I left out the bread.. I don’t remember my Nonna putting bread into any of her soups, but they were certainly served with a slice or two. And I added Romano beans instead of Cannellini, and I added white kidney beans as well.

This is definitely a soup that eats like a meal. Hearty and nutricious!